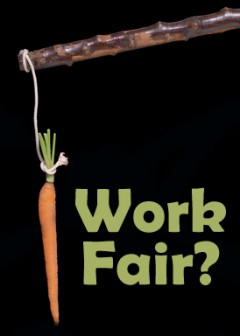 As the first pilot schemes for getting claimants off Incapacity Benefit and into work have judged that 70% were fit for work, the real attitude of the Tories towards unemployment is becoming painfully clear.   Their Work First model of active labour market policy is defined by increasingly punitive approaches to conditionality and compulsion, the tightening of access to working-age benefits, and contracted-out services that prioritise fitting the workless into any job available.   All this in the context of rising unemploment and the lack of decent quality job opportunities throughout the depressed regions.   But the real scam is only now coming to light in the Government’s announcement of who it has awarded contracts to for forcing people back into work, any work, even while the Government is itself contracting the economy and shrinking the jobs base.

This is an exercise which won’t get many into work (there aren’t the jobs to go to), but it will certainly impoverish hundreds of thousands of claimants whilst at the same time conferring obscene wealth on the privatisers through whose hands they briefly pass.   Specifically:

But this is not a matter of comparative performance between public and private: it’s about ideology, privatising all public services to ‘any willing provider’, as Cameron has repeatedly acknowledged, whatever the cost, whatever the failures, whatever the misery for the victims.

If you want to get involved as a contributor, please contact James Elliott using the form on this page.